Marcus Andrew Hara is our newest Physical Therapist at VIMG. He originally hails from Fullerton, CA, and must have been restless because he traveled to Tucson, AZ to study for an Exercise and Health-Related Sciences degree in preparation for Physical Therapy school. He attended Mount Saint Mary's University in Los Angeles, CA and his studies focused on Orthopedic Physical Therapy with an emphasis on manual treatment of orthopedic and neurological disorders.

He found his first position in Santa Clarita, CA where he quickly became the Physical Therapy Director of the Sports Club Companies Sports Medicine Division. He then was moved to direct the Calabasas clinic for the next 4 years.

His next move was to practice in Santa Monica running a clinic near his home. After 3 years, he decided to build out a new 2200 sq ft. facility in West Los Angeles which he owned and ran for 10 years. He is most excited to solve problems of the shoulder and knee which became his favorite specialties to treat.

After meeting his girlfriend Kelsey, Marcus sold his clinic and planned on traveling the country in search of excitement. The two of them traveled from Lake Tahoe, CA to Ketchikan, AK, to Austin, TX, and finally settled right here in Avon, Colorado after attempting to live and work in the valley for a few years. The stars aligned and the relationship between Marcus and VIMG began.

Marcus loves the outdoors and enjoys activities such as skiing, hiking, and appreciating this beautiful world we are fortunate enough to enjoy. He is a protector and preserver of the environment and all it has to offer. Welcome to VIMG, Marcus! 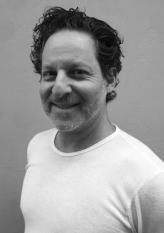 This form needs Javascript to display, which your browser doesn't support. Sign up here instead